Renovated flying hill made it through first trial jumps today. First round started at 10am and the second followed after the 24th jump. Ernest Prislič made the longest jump in the first round (227,5m) and joined the group of jumpers who jumped over 200m at least once in their career. The second round was cancelled due to innrun after the third ski jump. Large crowd came to the testing of the flying hill and enjoyed sunny weather and some long jumps. 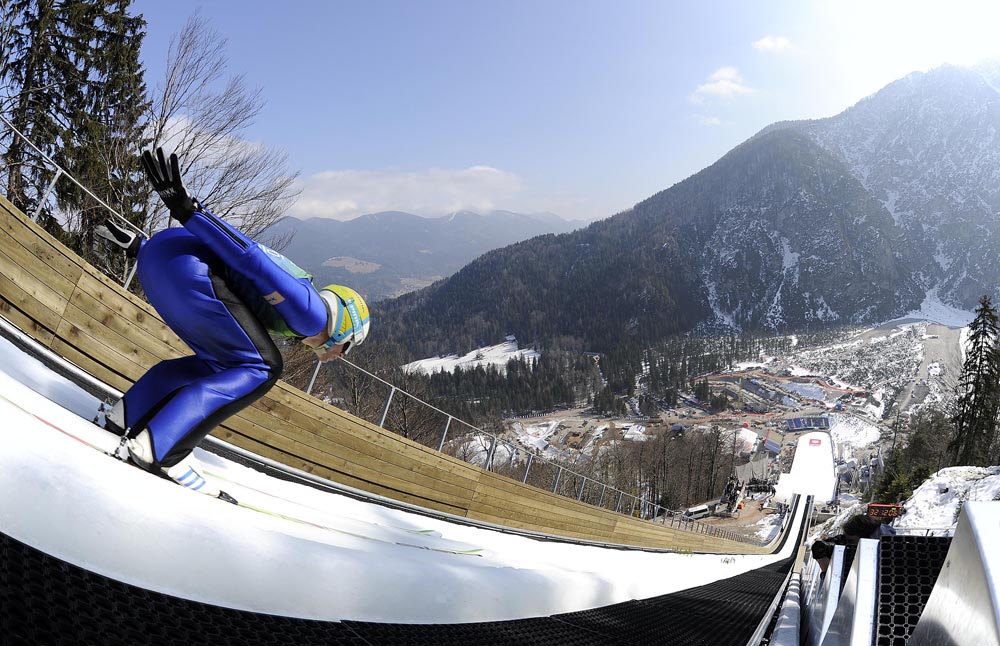 Two other contestants jumped over 200 m, Andraž Pograjc (213,0m) and Fabian Steindl (201,0m). Another austrian Luckas Muller fell behind only for a meter. Rožle Žagar, who has the role of the forejumper for several years now, had the honour of the first jump. He jumped 169 meters.

As every year, insurance company Triglav will bring more than 3300 kids to the World Cup finals. Children from various Slovenian elementary schools will be able to see the official training and qualifications and enjoy the rich entertaining program after the event, all of it free of charge.