Day two of the Sprint World Cup in Planica came along with a weather change. The awaited snow fall of the night arrived with in the mens semi finals and got stronger the more into the competition. But the teams of Sweden and Norway defied the elements in todays team sprint in Planica.

Linn Svahn and Maja Dahlqvist led the Swedish womens team once more successfully to a team sprint victory. Team Sweden I with Stina Nilsson and Jonna Sundling follow on the second spot before the strong Swiss Team with Nadine Fähndrich and Laurien van der Graaff. 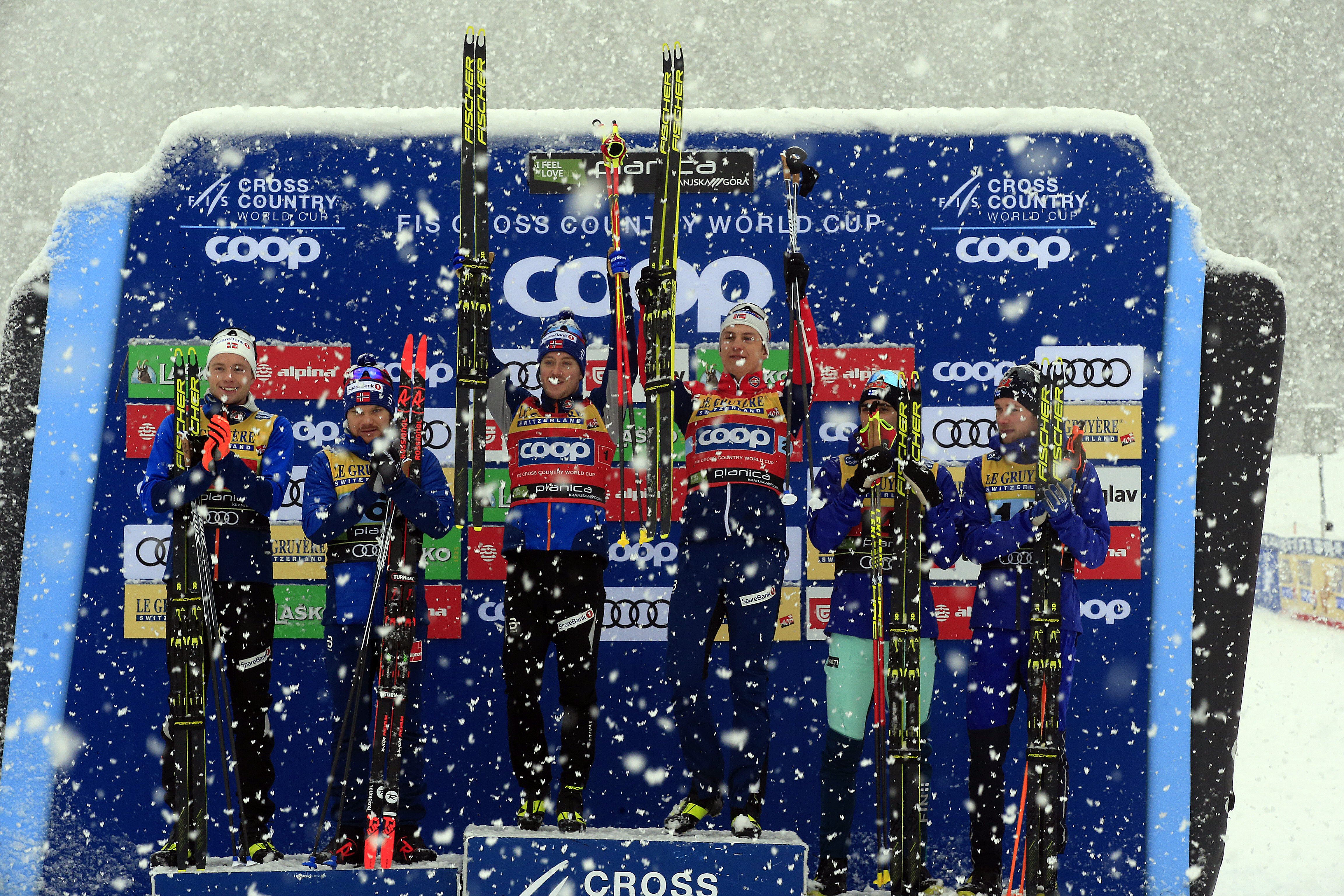 The mens heats finals remained undecided until just before the final exchange where Sindre Bjoernestad Skar (Norway I) tried to break away. Erik Valnes who took over was closely followed by Haavard Solaas Taugboel (Norway 2), Lucas Chanavat (France I) and Joni Maeki (Finland I). The final lap was therefore a challenge for the athletes, trying to pass and ensure the valuable spots on the podium for their teams. Only just in the final stretch, Maeki managed to push ahead into third position finishing with a photo finish with Taugboel.