It was cloudy today in Planica, where the best ski jumpers in the world faced each other in the last – 33rd competition of the season. FIS rules command that for the last competition, only the best 30 and at least 4 Slovenian jumpers (Jaka Hvala, Jure Šinkovec, Jurij Tepeš and Robert Kranjec) qualify for the last trial. Robert Kranjec was jumping good today, he jumped 204,5 m in the first round, 6 starting gates lower than the rest of the competitors. This was good enough for 3rd place, Martin Koch jumped very good and was 1st (222,5 m) and  Simon Ammann (212,0) landed at 2nd in the end. 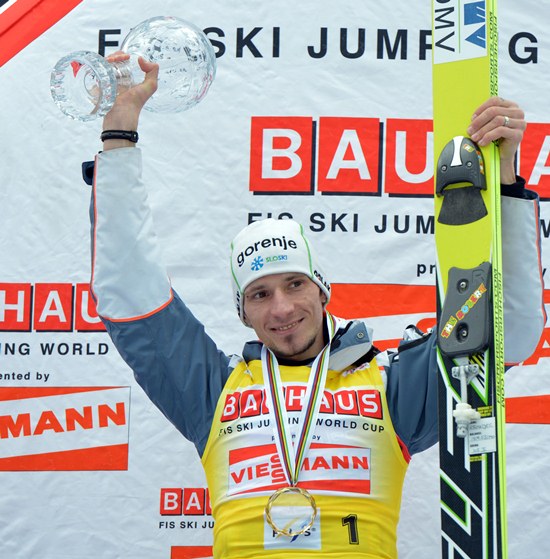 The weather conditions deteriorated after the first series, so the second round was canceled. This meant that Robert Kranjec won the ski-flying crystal globe. The winner of the world cup became Anders Bardal (NOR), second was Gregor Schlierenzauer (AUT), and the 3rd was Andreas Kofler. 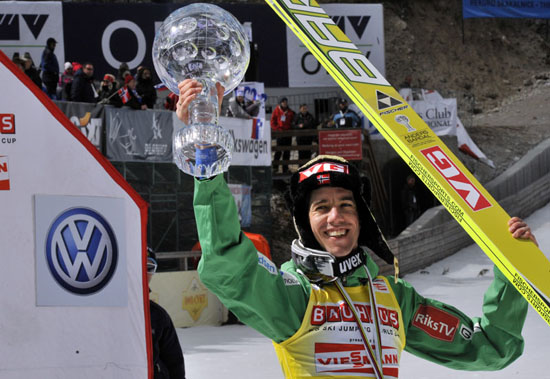