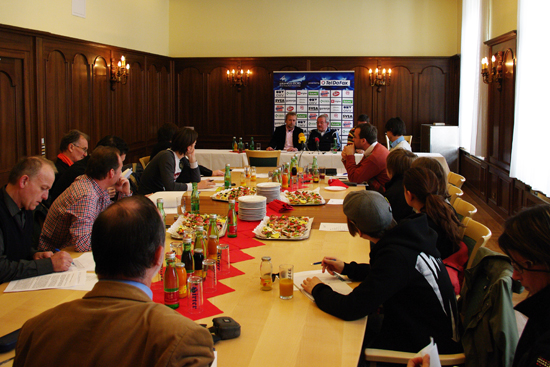 At the beginning Gorišek spoke of finished works on the flying hill and of its current state: »I can say, that the ski jumping hill is as ready as never before. It has been shaped round new starting point for flying hill designing , which has also been approved by the FIS. This kind of designing offers more security for long flights, which I think is a great achievement for Planica and for world championships in general. The flying hill was also renovated with help of the state, which contributed the necessary means. We have enough snow, we must even remove it, because we won’t need the reserves considering the weather conditions. We will test the flying hill on Wednesday and the competitors will have the opportunity to ascend to the top with the new ski-lift. Landing area of the hill has been widened, which brings to the psychological feeling of the jumper, that long flights are still safe. We used another new method for flying hill designing, with which we formed a transition from the steep part of the hill to the outrun that enables landings at very long lengths. We have renewed the stairs and the guard rails by the hill and renewed the judges tower and that all contributes to a nice wholesome image.« 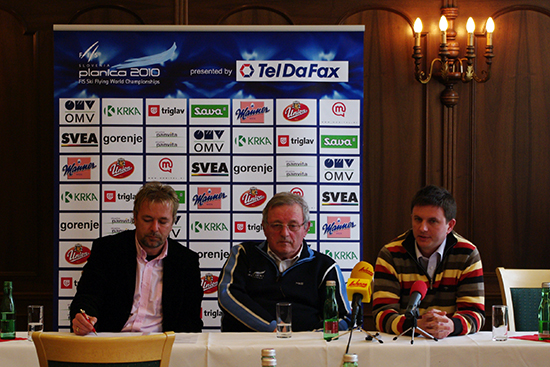 Program information in Planica and Kranjska Gora was then presented by Trbovc: »Considering that the world cup finals are already behind us only a strawberry on top of cream awaits us. That is world championships which has a bit different characteristics than the world cup. It has to be emphasised that the competition for world champion lasts for two days, that is from Friday till Saturday and that the results from four rounds will be summed up. Therefore we will get a world champion on Saturday and on Sunday team event for the world champion is on schedule. On Thursday at 7 p.m. opening ceremony in Kranjska Gora will take place, of which the scenario is similar to one of the Olympics, except there is no lighting of the Olympic fire. In spite of this we expect to light some hearts of the visitors and warm up some of them in Planica. We expect a fairly sunny weather, but considering it is an alpine valley the temperatures won’t be as high as in recent days. As every year we expect many visitors from Karnten and Austria in general, but we must point out that the must come in great numbers since the austrian jumpers have a big rival in Robert Kranjec. If more than 20 thousand of you don’t turn up in Planica you won’t have a chance for victory,« he finished with an invitation for northern neighbours. 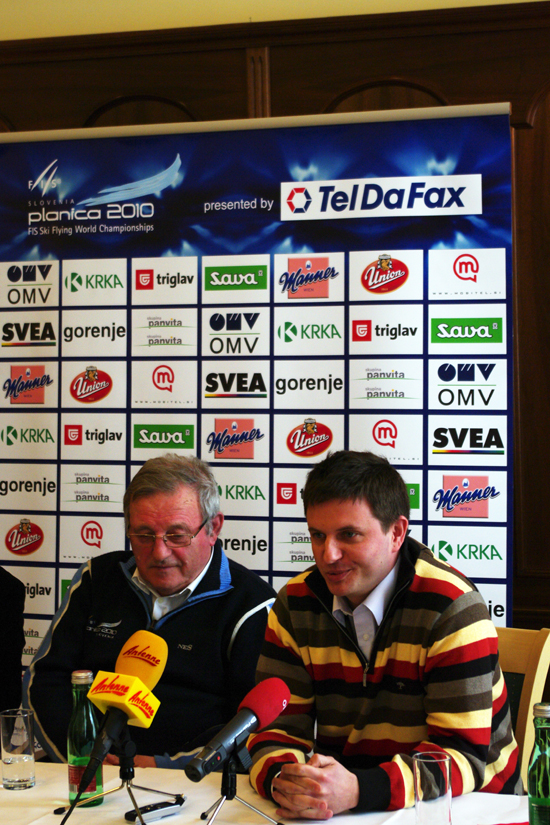