The FIS Nordic Combined Continental Cup in Planica continued today with just the Cross-Country part of the competition. Due to poor weather conditions the athletes went to the tracks with yesterday's provisional round results. Fabian Steindl of Austria won the provisional round (133.5 m) and gained 25 second advantage over German Tobias Simon (132.5 m). Niyaz Nabeev from Russia in third position (130.5 m) was 56 seconds behind. 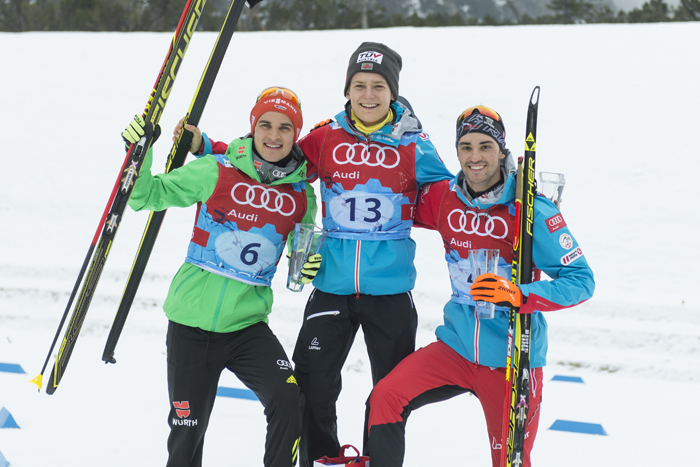 Again the best on Cross-Country skis were athletes from Austria and Germany. After finishing in 13th place Austrian Bernhard Flaschberger showed a great performance on the track and managed to beat everybody. 3.3 seconds behind was German Tobias Haug, while yesterday's winner Lukas Greiderer finished in third place with a 7.2 second deficit.